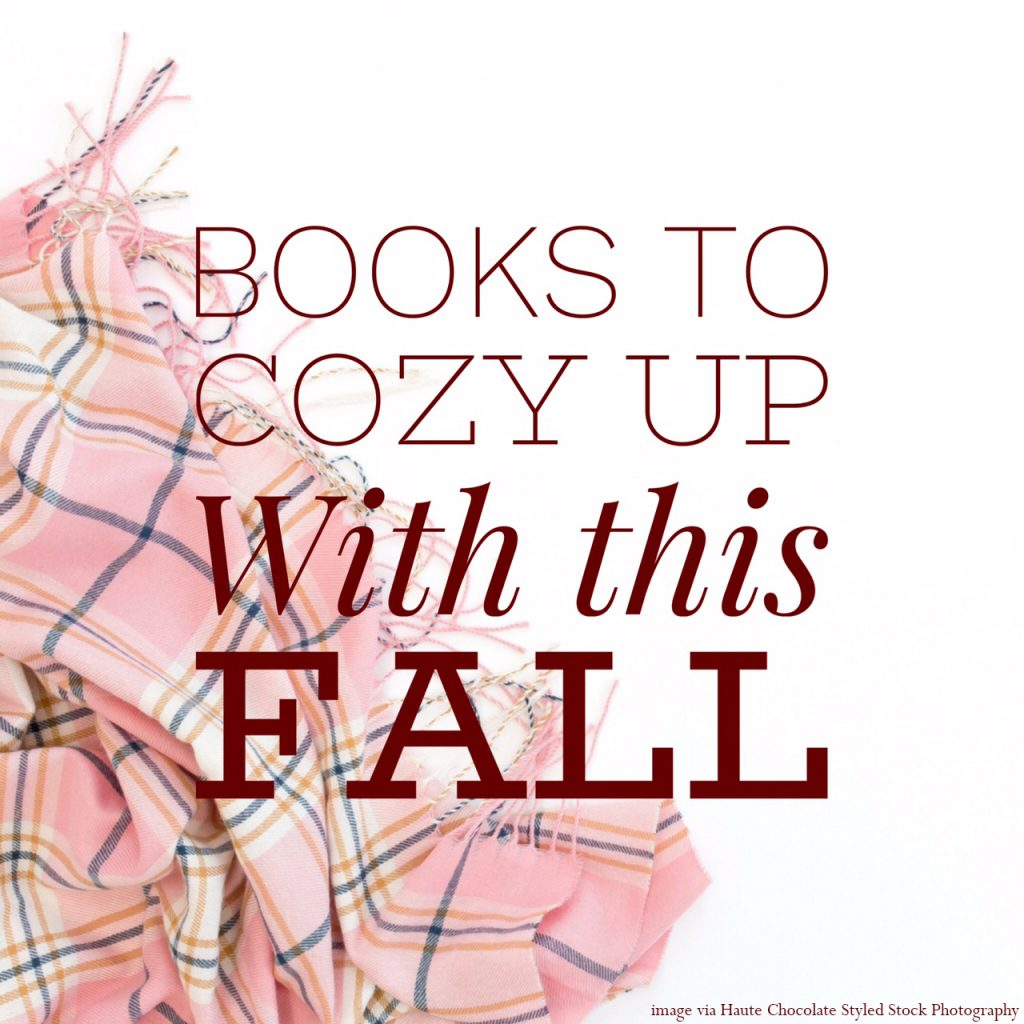 I cannot believe that it is already November! Time flies! We have finally gotten some fall weather here & I could not be happier. There are few things that I love more in the fall than cozying up by the fire with a good book!  Here are 7 fall book reviews of mysteries & thrillers that I’ve picked up recently:

1. The Seven Husbands of Evelyn Hugo by Taylor Jenkins Reid
This is one of the best books that I’ve read this year.  The story reminded me of Elizabeth Taylor a little bit, between the rise to fame & the many husbands, but it’s also clear that the story isn’t based exclusively on Taylor’s life.  Hollywood icon Eveyln Hugo decides that it’s time to tell the truth about her glamorous & scandalous life.  Summoned to Evelyn’s Upper East Side apartment, reporter Monique Grant listens as Evelyn tells her life story in the context of her 7 marriages.  Evelyn’s life unfolds through the decades, revealing a ruthless ambition, an unexpected friendship, and a great forbidden love.  I liked watching the relationship that develops between the two women & seeing that, just because Evelyn had a seemingly charmed life, doesn’t mean it was all roses & champagne.  Monique begins to feel a very a real connection to the aging actress.  As Evelyn’s story catches up with the present, it becomes clear that her life intersects with Monique’s.  This is where the twist comes in & the mystery of why Evelyn chose to tell her story to an unknown magazine reporter gets answered.  This will be one of those books that I read over & over again.

2. Local Girl Missing by Claire Douglas
Frankie Howe & Sophie Collier were childhood best friends, growing up in a small, seaside town.  Frankie was the wealthier local girl who took Sophie under her wing when Sophie moved to town in grade school.  18 years ago, when the girls were 21 years old,  Sophie disappeared from the old Victorian pier near the boardwalk after a night out at the local bars.  Only her shoe was ever discovered.  When Sophie’s brother, Daniel, tells Frankie that human remains have been found, she returns to help Daniel discover what really happened to Sophie.  Staying in an apartment in an almost empty building, overlooking the pier where Sophie disappeared, Frankie begins receiving messages related to a secret that she & Sophie had kept hidden.  The narrative goes back & forth between the present & the past to begin revealing the girls’ secret while Frankie & Daniel search for answers.  I know some people prefer a more linear story, but I enjoy the back & forth.   I also love a book that keeps me guessing until the very end & this one did!

3. Lie to Me by J.T. Ellison
Sutton and Ethan Montclair are two authors who appear to have the perfect marriage.  But when Sutton disappears one morning, leaving a note saying not to look for her, the ugly truths begin to come out.   Ethan finds himself the target of vicious gossip as friends, family & the media speculate on what really happened to Sutton.   The chapters alternate between Ethan, Sutton, & an anonymous narrator who knows the truth as you learn what was really going on the Montclair’s marriage, what happened to their young son, & what happened to Sutton.  The alternating voices make the story move quickly & the ending was surprising.  I didn’t love it as much as some of the others, but it was a good read overall.

4. I See You by Clare Mackintosh
Zoe Walker opens the paper one day to see her own face in a classified ad for a website called FindTheOne.com.  In the following days, she sees other women in the same ad, a different one every day, and nearly all of them show up in the newspapers as victims of increasingly violent crimes – including murder.  With the help of the determined Transport Officer Kelly Swift, Zoe is able to uncover the ad’s true purpose & the two set out to determine who is behind the online business.  I could not put this book down!  I was immediately sucked into the story & could not figure out who was behind the business, which matched up customers with women/victims.  You can feel Zoe’s paranoia develop & sympathize with Kelly’s struggle to redeem herself.

5. The Good Daughter by Karin Slaughter
Two girls are forced into the woods at gunpoint. One runs for her life. One is left behind…  That intro, on it’s own, had me interested! Twenty-eight years ago, Charlotte & Samantha Quinn’s happy, small-town family life was torn apart by a terrifying attack on their family home. It left their mother dead. It left their father, a notorious defense attorney, devastated. And it left the family fractured beyond repair, consumed by secrets from that terrible night. 28 years later, Charlie has become a lawyer herself — the ideal good daughter. I admit that part of what had me interested was the legal aspect of this book, but don’t be scared off because there isn’t much procedural talk to slow the story down.  When a shocking tragedy leaves the whole town traumatized, Charlie is the first witness on the scene & the case brings back the terrible memories she’s spent so long trying to suppress. Interspersed in the story of the current situation facing the town & the Quinn family are the girls’ accounts of what happened nearly 30 years ago when 2 men entered their home & forced them into the woods. The truth about that night threatens to come out as Charlie struggles to make sense of her current situation.  I loved the parallel story lines & how well Slaughter kept you guessing at each one simultaneously.

6. A Stranger in the House by Shari Lapena
Karen and Tom Krupp have a lovely home in upstate New York, they’re practically newlyweds, and they have no kids to interrupt their comfortable life together. But one day, Tom returns home to find Karen has vanished & it seems she left in a rush. Then there’s a knock on the door & the police inform Tom that his wife had a car accident, & lost control as she sped through the worst part of town. The accident  left Karen with a concussion & a few scrapes, but she can’t remember what she was doing or where she was when she crashed. The cops think her memory loss is highly convenient, & they suspect she was up to no good, especially after a body is found near the crash site.  After Karen returns home with Tom, she begins realizing things have been moved & Tom begins to grow suspicious of his wife.  But Karen isn’t the only one keeping secrets.  Over, not a bad read, but not my favorite.  It posed an interesting question – how well do you really know the ones you love – but I found the secrets to be a little cliche.

7. The Lying Game by Ruth Ware
I loved The Woman in Cabin 10 & I really expected to love this book, but I just couldn’t get into it.  It begins with the discovery of a body on a beach in the coastal village of Salten.  The next morning, three women in London – Fatima, Thea, and Isabel – receive a text from the fourth in their formerly inseparable group, Kate, that says only, “I need you.”  The girls were best friends at Salten, a second rate boarding school, where they were notorious for playing the Lying Game, telling lies at every turn to both fellow boarders and faculty.  The girls were all expelled in their final year of school under mysterious circumstances surrounding the death of the school’s eccentric art teacher, Ambrose (who also happens to be Kate’s father).  The London girls drop everything to return to Salten & Kate’s childhood home, where their dark secrets threaten to catch up with them.  Overall, the book was slow-moving & the characters got on my nerves at times.  It was underwhelming compared to the rest of Ruth Ware’s books & the dark secret turned out to be not as bad as it was made out to be.