Over the weekend, I had the amazing opportunity to join friends at a brunch & Q&A with Lizzie Velasquez, along with a screening of her film, A Brave Heart: The Lizzie Velasquez Story.  If you have not heard Lizzie’s story, stop right now & watch her viral TedX talk!  I’ll wait right here…  Are you inspired yet? 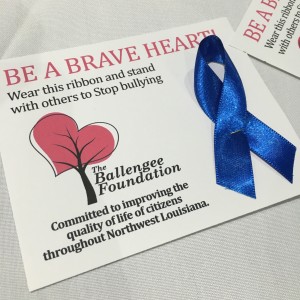 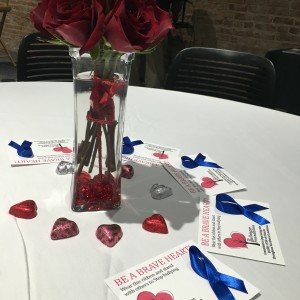 Valentine’s Day weekend was the perfect time to hear Lizzie’s story because, as Waynette Ballengee noted during her introduction, Lizzie’s story is, at it’s heart, a love story.  After we ate, Lizzie said a few words to introduce herself & the film.

For those who aren’t familiar with Lizzie’s story, she was born with a rare genetic syndrome which prevents her body from gaining weight.  Lizzie’s parents, Rita & Lupe, raised her no differently from any other child.  She had no idea that she was different when she started kindergarten, but was quickly confronted with the ugly reality of bullying.  As a teenager, while looking for music online, Lizzie found a YouTube video titled “The Ugliest Woman Alive.”  The video was an 8 second montage of photographs of Lizzie.  Lizzie described sitting at her computer & reading the numerous comments that had been left, such as “kill it with fire!” & “why didn’t her parents just abort her?”  Rather than stoop to the commenters’ level, Lizzie decided to fight back.  She said that she only wanted people to know the real her.  To this day, she does not know who posted the video, although she described wanting to thank that person for giving her a blessing in disguise.

Lizzie’s first experience with motivational speaking was in high school, when she reluctantly told her story.  She described the feeling of standing in front of a group, feeling confident in herself, & having her eyes opened to her true purpose.  She then started speaking to various groups & learning as she went along.  As she said in her TedX talk, “even though I have this syndrome, even though things are hard, I can’t let that define me… Am I going to let the people who called me a monster define me?  Am I going to let the people who said kill it with fire define me?  No, I’m going to let my goals & my success & accomplishments be the things that define me, not my outer appearance, not the fact that I’m visually impaired, not the fact that I have this syndrome that nobody knows what it is.”  Lizzie’s TedX Talk went viral &, suddenly, Lizzie had a platform to speak for everyone who has faced bullying. 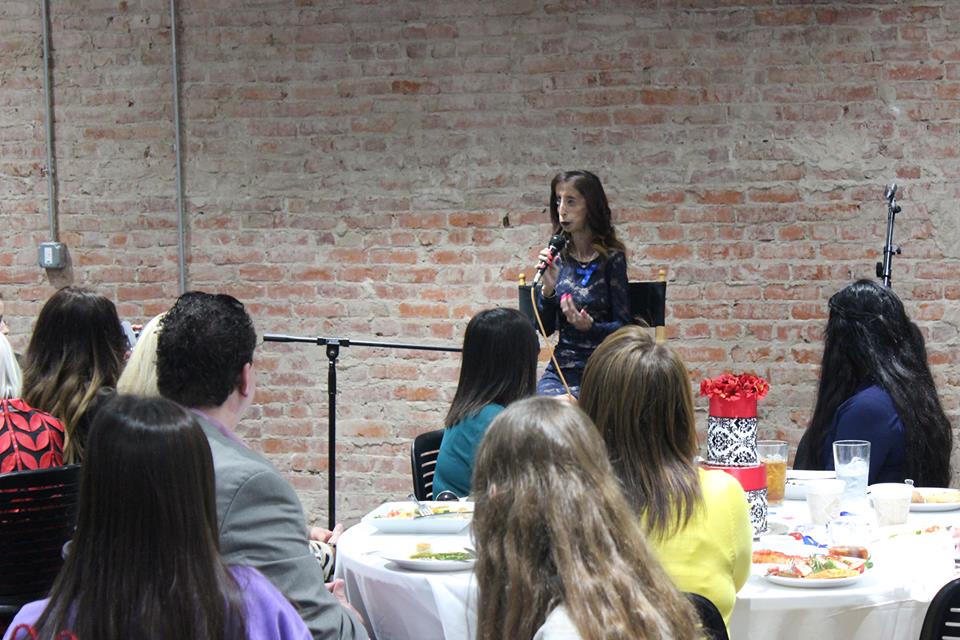 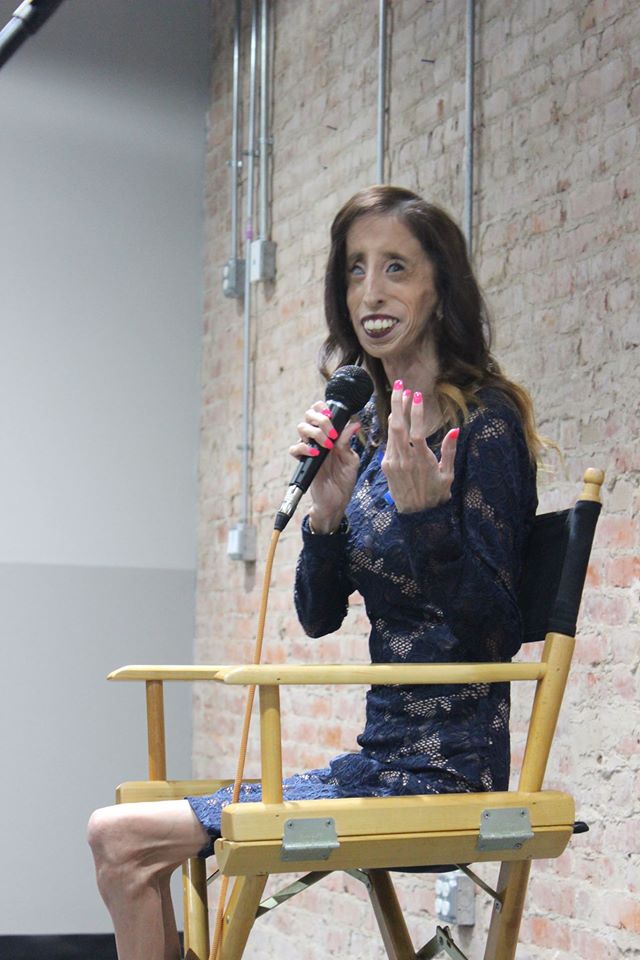 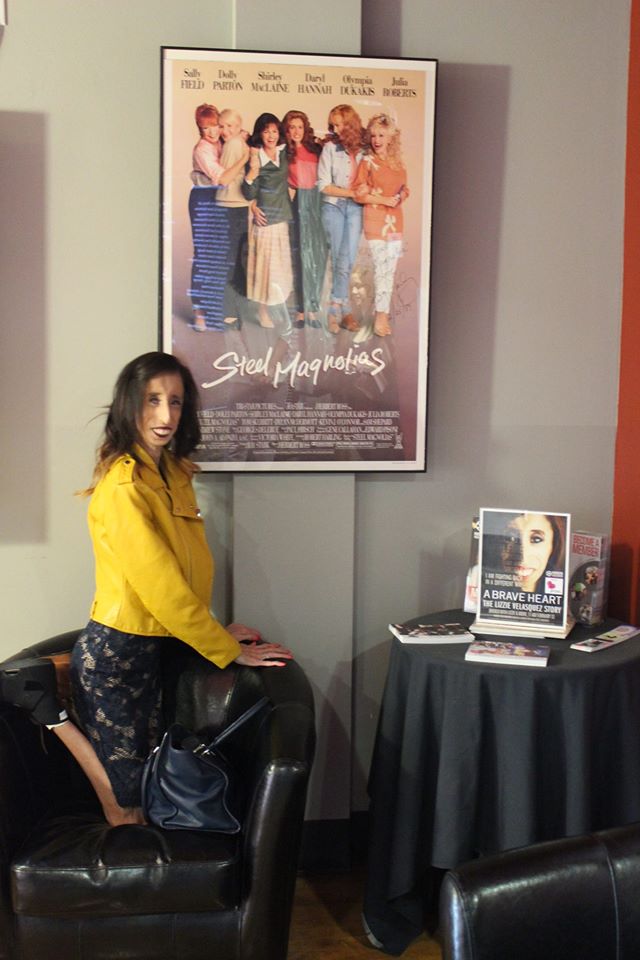 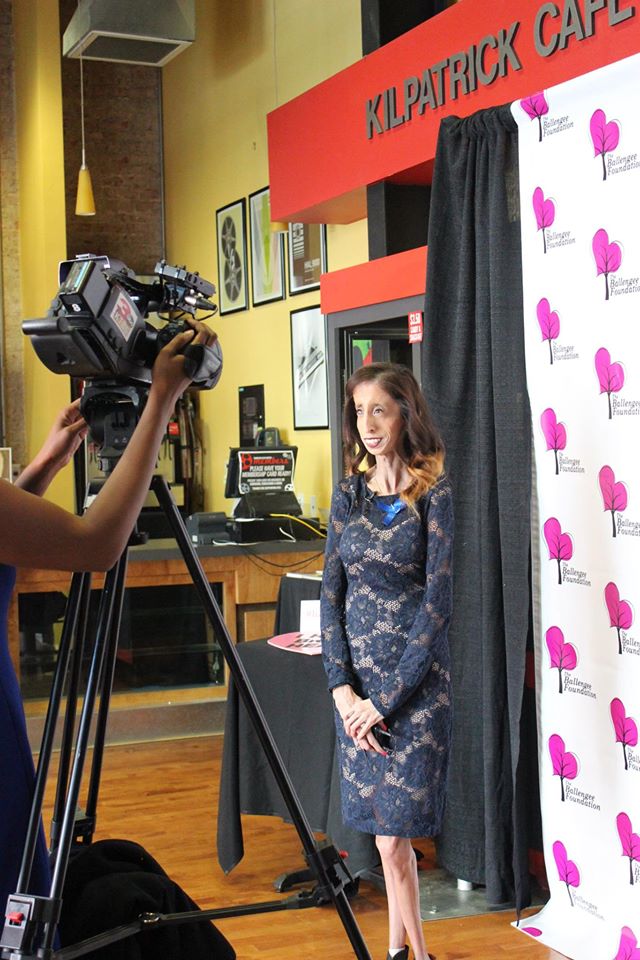 After the film, Lizzie & her parents stuck around for a Q&A session with the audience.  She described how much her life has changed, saying that it is surreal to have people know who she is & know her story without having met her.  She talked about how emotional it is to meet her fans & hear their stories, saying that, “I just want to present in that moment, with that person, because it’s not everyday that we meet someone that we’ve never met in person & we can just go up to them & tell them our most painful story.”  She believes that everyone can relate to her story.  Lizzie has joined with Tina Meier, mother of Megan Meier, to become an activist for anti-bullying.  They were recently in Washington D.C. to lobby for anti-bullying legislation.  It is humbling to see how Lizzie has taken her struggles & turned them into something so powerful & meaningful.  Lizzie credits her parents with her fighting spirit & they have a great relationship, filled with love & humor.  If you are an educator & want your students to benefit from her story, Lizzie & her father, an elementary school principal, have developed material to go along with the film.  If I were still a teacher, this would be mandatory in my classroom!

Despite her challenges, Lizzie is one of the most positive people that I have ever met.  Her enthusiasm, joy, compassion, & humor are infectious.  You cannot be in her presence without smiling!  It’s so rare that you meet a person for a short time & know that your life has been changed.  That is meeting Lizzie.  I walked away inspired. 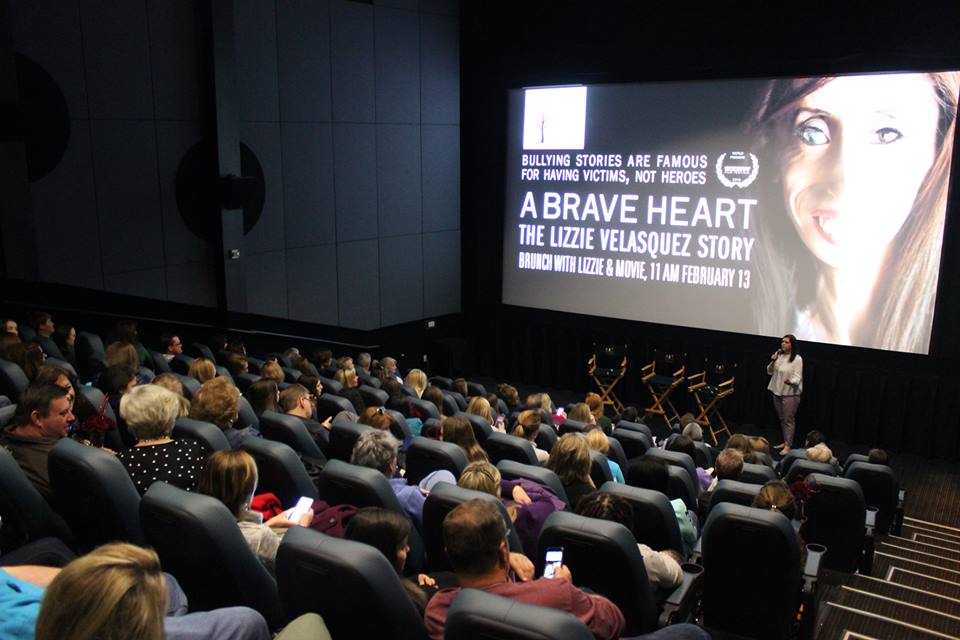 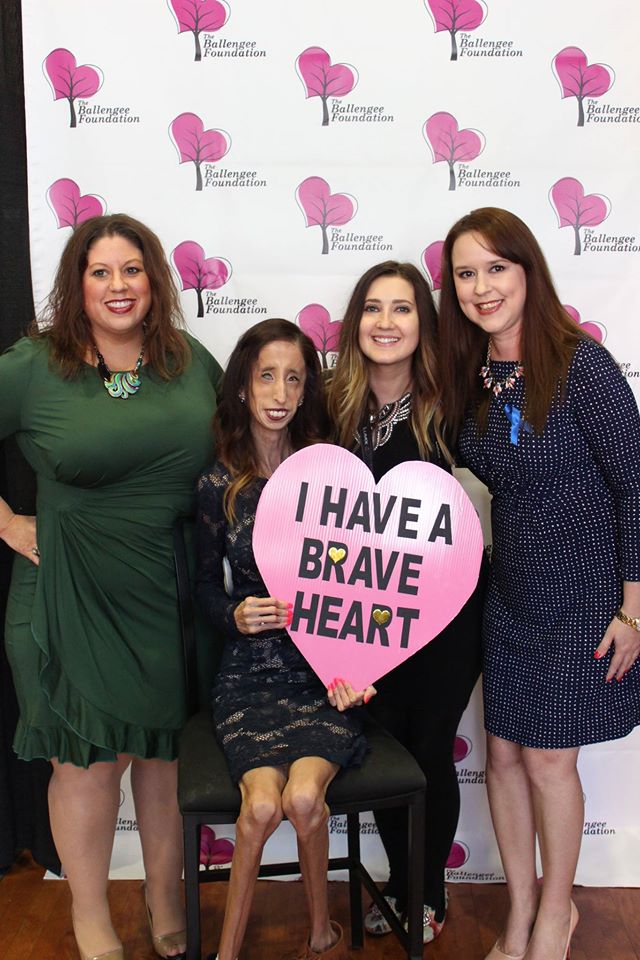 You can find Lizzie on Instagram (@littlelizziev), Twitter (@littlelizziev), Youtube (great videos, including her trip to Shreveport & Natchitoches!), or her website.  Her film is available on Amazon.  The brunch was sponsoring by The Ballengee Foundation & photos are via The Robinson Film Center.